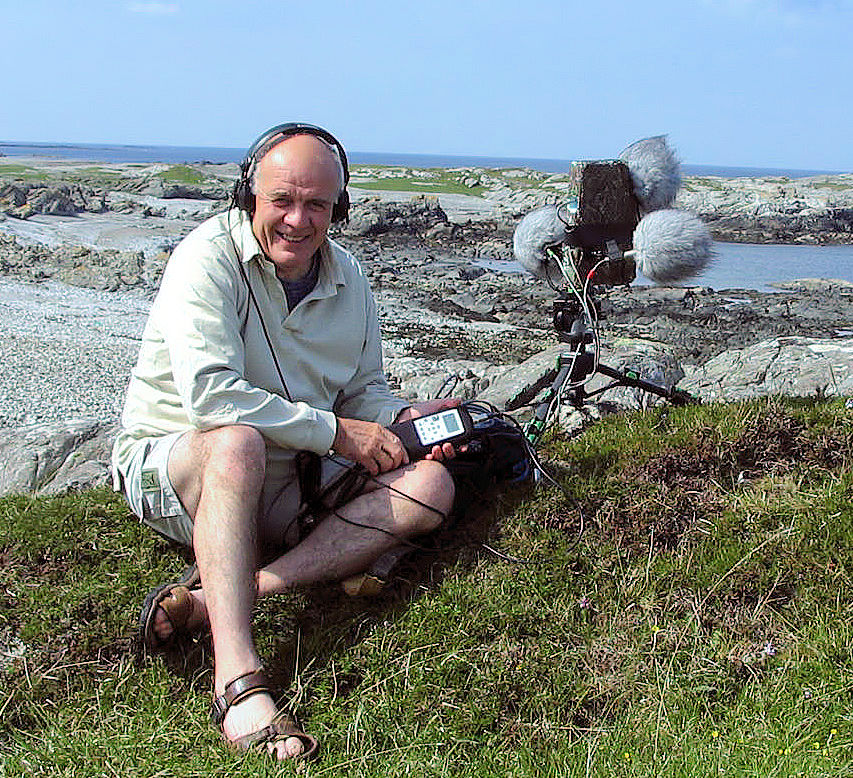 It all begin one lovely Spring morning in Gloucestershire in England.  I had joined Severn Vale Bird Ringing Group with the purposes of learning more about birds and doing something useful and “scientific” in the process. I enjoyed getting up early in the morning and going “hunting”, catching birds in a net that had been skilfully position. Learning to handle little creatures, (also, some quite big ones with sharp beaks and claws as well), out of fine netting quickly seem to come naturally, bagging them up and then taking them to the collection point for identification, sexing, weighing and release.

The learning curve gradually lessened and my knowledge of detailed avian peculiarities grew. When I had them in my hand identification was easy, but what about when they were in a bush or in the air? Not so easy! In fact very difficult, there was need to to get to grips with this as the rest of the group around me seem to be able to identify the bird from the slightest tweet. I decide to get a small tape recorder, (this was 1973), and a microphone with the aim of recording the bird that was being identified vocalising by a more learned member of the team. Holding a cheap dynamic microphone at arms length pointing to a bird making some sort of sound in the top of a tree and expecting to obtain a successful recording was “optimistic” to say the least, it was never going to work. How the hell did people make decent wildlife recordings? The answer, I was soon to find out, meant using decent kit, but more importantly getting to know your subject and getting as close to it as possible which entailed using “fieldcraft” one of those basic, very little used skills which were learnt way back in human development when using it well meant surviving.

Seeing my frustration one day, the leader of our group, one Roy Bircher, told me about a wildlife recordist that lived nearby and had a “slot” on the radio. Why don't you get in touch with him, I'll give you his telephone number.

The man in question was and still is Ray Goodwin, a dairyman living in the Cotswolds, just 10 miles down the road.

Ray helped me onto the wildlife sound recording learning curve which I am still on today in 2019. He introduced me to the Wildlife Sound Recording Society (WSRS) which had only been set up a few years before in 1968 and they introduce me to my first parabolic reflector, which I still use when necessary as a first or last resort and a great group of very knowledgable people who have always proved very helpful.

Over the years I have taken various official roles within the WSRS learning how to deal with an ever changing membership and the ever changing equipment that has presented itself for use, eventually taking my turn as Chairman. (see www.wildlife-sound.org)

Keeping up with these changes so that the WSRS was always abreast of the latest bit of kit to be offered was and still is very difficult.

When the new digital world arrived with CDs in the 1980s and consumer type recorders in the 1990s, there was continual change, and there still is. The quality of recording produced has now reached the standard of the very best analogue recorders but it has taken time.  Development seemed to be focussed on making things smaller rather than optimising on quality. In this “throw away world” manufactures are forever wanting to produce new products and sometimes forget the need to produce things that will last and give good service for years. I am always being tempted by some new gizmo that the makers say is better than their last effort.

I will add various articles and sounds to the website as time goes.

Enjoy what you hear and read and comment as you think appropriate.

'Wild Hebrides', may be found at bandcamp click here
The sounds on this CD can be heard all over those "islands on the edge of the sea". The aim of the CD is to provide a memoir of the natural places people have visited on their journeys through the Hebrides.
It may provide some solice in their busy world where they live, and hopefully a relaxation and realisation that they must visit those wonderful islands again, seeking out other place that are always there to find, and more importantly, to hear those glorious uplifting natural sounds that have fortified me and many others during their lives.